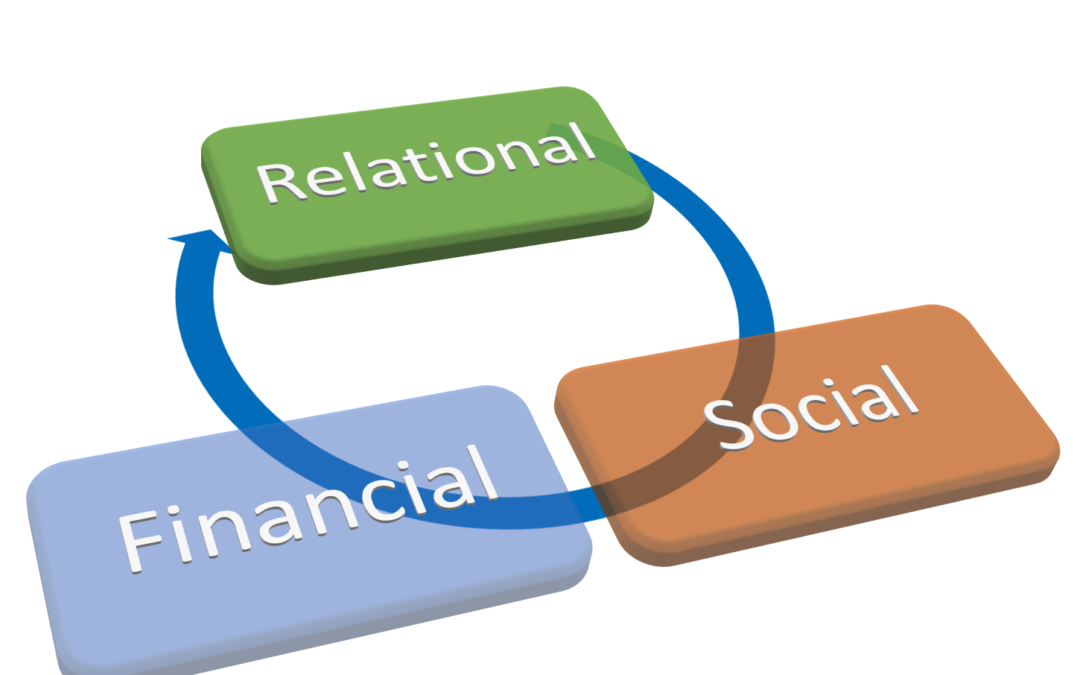 Money. Connections. Relationships. In the first of three, 5-minute pieces we tackle one of the three greatest fallacies regarding key capital classes for success.

When we picture success, three things always come to mind. Having the money to do something, the contacts to know where to go, and the relationship to get it done. Most often in that order as well. Need money, want connections, grudgingly (or enthusiastically) willing to relationship.

Fallacy one: People start getting connections and relationships because they are rich or wealthy. As money builds connections, connections lead to relationships to more money, you need to start there. Right? Nope. This fallacy, according to Dr Margaret Clark of Yale University, is often perpetuated by financial and leadership neophytes. As venture capitalist Randy Comisar puts it mildly: “It’s easier to win if everybody out there wants you to win.” And for them to do that, you probably want them to trust (or at least like) you!

It’s easier to win if everybody out there wants you to win. – Randy Comisar

To test the principle of “it starts with money” or “one gets connections based on money”, I spoke to a group of my personal mentors. The take-away was stark: You start with the end. Relational Capital determines your access to contacts (your and others’ Social Capital), which help you build (yourself and others) wealth (financial capital). Of the 36 high-net-worth individuals surveyed, and in their extended network, only two attributed their success to access to initial capital. The rest all started with strong relationships with people of either meager or average means, who then would connect them to others with greater capital means with whom they, in turn, shared strong relationships. (In short: Trust >> Connections >> Money). This confirms the central tenet from Professor Adam Grant’s book, Give and Take, where he posits that key relationships, and their strength, builds towards mutual financial capital success through the path of opening connections (more on that in Part 2).

Trust leads to opening of connections, leading to money.

Please note, though, that the net-positive spiral THEN leads to more connections, which leads to relationships, while the current strong relationships then open or fosters new connections to then again, grow capital. In Capital Investment terms we call this bi-directional flow. The flow between the three capital classes is bi-directional (in other words it flows both ways), but it the base builds on relational capital invested. Thus handle your “Relational Capital Account” with absolute care.

The flow between the three capital classes is bi-directional… but starts with relational capital.

In the next unit, we’ll tackle Fallacy 2: You (don’t?) use people to build wealth.

Theo Pistorius is an entrepreneur and investor who invests his time and resources in other values-driven entrepreneurs, causes and companies. While scaling new businesses, he is trying to grow a sense of humour. Because his wife says so. 🙂