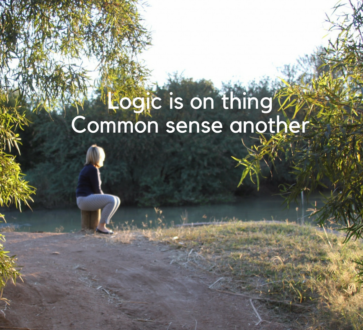 I have always wondered what it is and why it is that we do what we do in life. The paths that we choose and the dreams and desires we have. Did our parents, our upbringing or our education have that much influence, on the way we think? This is part one of a six parts series where I will be delving into our Intelligences.

If I may from the very outset say, we all have a past and in some way or another that past defines us, who we are and what we want. It might explain some of our mannerisms or even why we believe and do what we do. For some individuals it holds them back and for others it gives them wings and they just want to fly.

Hence the reason for my next few blogs. You might be wondering where I get my information from. As an individual, I’m sold out to personal development and wanting more. My wife and I have been exposed to loads of seminaars and have had the privilege of speaking to hundreds of thousands of people around the world. We have studied numerous courses and are Neuro-Linguistic Practitioners and we hold  a diploma in Negative Emotional Therapy. We are also qualified as transformational and life coaches. Together with all the cources I have  also read hundreds of books as well as listened to thousands of CD’s on numerous topics. I also draw from all my own experiences in my life and the people that have shaped me. Some that have led me and the number that I have had the pleasure to have led.

So why the fascination?  Well Tracy, my best friend and wife and I believe that if we have not touched peoples lives while on earth we could not regard ourselves as successful. The heirachy we live by is first our spiritual life then our family and then the people whom we come into contact with. If we are to be significant and to fulfill our dreams we would have to first understand ourselves, what makes us tick and then how other people think and why they do what they do.

So before I get stuck in, may I put into context why these particular blogs. This particular topic came from many conversations that I had with a very intellectual friend of mine. He is a highly degreed lecturer and a man of great character. His passion is also making a difference. I suppose with his education and connections he could have chosen many different paths in life, however due to his value system and his passion for people it always brought him back to education and uplifting people.

So why was it so important for me to tell you about  the above. Well this friend of mind has degrees in psychology an MBA and a host of other degrees and together we thought of what intelligences drive us as individuals. We came up with six in particular that I am going to delve into and discuss.

For your information we will be discussing Rational, Emotional, Intellectual, Physical, Financial and last but the most important Spiritual.

So lets define Intelligence and its meaning. Wikipedia describes it as follows  “Intelligence has been defined in many different ways to include the capacity for logic, understanding, self awareness, learning, emotional knowledge, reasoning, planning, creativity and problem solving. It can be more generally described as the ability to perceive or infer information, and to retain it as knowledge to be applied towards adaptive behaviors within an environment or context.”

Keeping this definition in mind, we most probably have our own opinions and thoughts on this topic. So lets tap into the first intelligence.

When you hear the word rational intelligence for the first time what comes into your mind? What do you think about and how would you describe it?

Well if I may start by saying that all rational intelligence is, is just common sense. Common sense is just sound practical judgement concerning everyday matters, or a basic ability to perceive, understand, and judge that which is shared by nearly all people. In simple terms it is seeing things as they are, and doing things as they ought to be done.

The everyday meaning refers to a type of basic awareness and ability to judge what most people are expected to share naturally, even if they cannot explain why.

I would like to unpack a real incident to display what should be common sense but can’t always be taken for granted.

I was personally approached to assist a young engineer with his finances, which seemed to be causing him much angst. In the short time that he had been working he had got himself into financial difficulty. I asked him a few basic questions which boil down to common sense to try and ascertain his problem.

Firstly he had no idea of his monthly expenses, he had never done a budget and was running on a shortfall every month. He upgraded his car without taking into account the escalated repayment. His furniture and clothing were all on accounts and he was paying back the minimum amount every month which just covered the interest. To further exacerbate the situation he was helping family with money that he did not have. The cherry on the top, was that he was asking how he could buy his mom a piece of land even though his finances were all in the negative.

Bottom line, all his actions related to lack in the area of common sense. You cannot spend or should not spend what you do not have.

There are many examples like the story above. Have you ever thought about some of the times when you have not used your common sense?

Finally the concept of common sense and how it should be used or applied remains linked to each individuals knowledge, justification and rationality of their beliefs and ethics.

Looking forward to sharing my next blog on Spiritual Intelligence.